Most commentators tell you to cut your losses short and let your winners run. This is the ‘golden rule’ of trading. If you do this, only this, and nothing else, apparently, you are bound to make money. (So long as your risk settings are also right).

This basic concept is good. Trends last much longer than traders appreciate and holding winning positions is a powerful way to capture long tail profits. But there is more to this story than meets the eye. 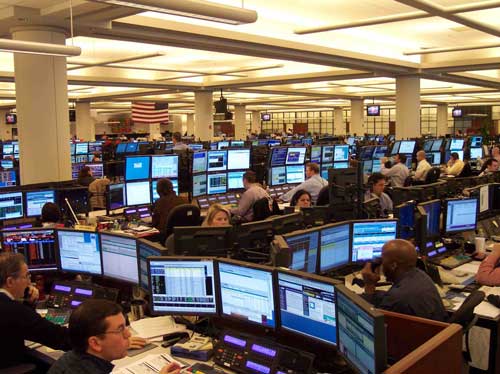 By testing different trading ideas and strategies it soon becomes clear why the old maxim ‘cut your losses short and let your winners run’ has become popular. A rudimentary strategy that buys securities at random performs better when winning positions are left to run on and losing positions are cut short at an early stage.

But here in lies the first deception.

Trades need time to develop so it’s not so simple as to cut the losers and let the winners run.

You need to test your strategy so you can understand at which level your trades recover and which level they carry on going down. Measuring your maximum adverse excursion is a good way of tackling this so you can learn when to take your trading profits and when to take a loss.

The big problem is that the need to cut losses quickly has been ingrained in many traders minds. The result is that some traders would rather take a loss than take a profit. And this usually occurs for one of three reasons:

The trader has no real clue. She has not tested her strategy so cannot understand when the best time is to exit a trade. As a result of the uncertainty, she remembers the golden rule to cut losses quickly so she does so, and often sells at the wrong time.

When a trader has too much risk, she knows that she cannot tolerate a big loss. She is therefore much more inclined to close a trade early for a small loss than keep the trade on and experience a bigger loss. As well, when a high risk trade moves into profit, the profit seems large so the trade is sold too early.

The trader wants to succeed but is being held back by her sub-conscious mind. As a result, she would rather take a loss than take a profit. This feeds the negative cycle that gives her the emotional control she craves.

These three reasons can lead to big problems for traders. They cause uncertainty and can contribute to a habit of loss-taking.

A habit of loss-taking is not good. A trader takes losses willingly and lets winning trades turn into losses.

If you have a good trading system (and you are able to follow it) then you can understand the exact point to cut a trade and when to let a trade run on. This is an ideal scenario.

But many traders do not have trading systems. And even when a trader does have a trading system she may stray from it and not follow it’s signals (for whatever reason).

The solution for system traders is simple – get better at following the system.

The solution for traders without a system is more subtle. Get in the habit of profit-taking not loss-taking. And be patient.

Maintain a healthy balance of small losses and slightly bigger winners. This is most true for short-term traders where trade outcomes are more random.

Above all, don’t be too eager to take a loss. Your trading account will thank-you.