Are You Prepared For The Fed?

Are you prepared for the latest FOMC meeting minutes tomorrow?

According to Real Time Economics, just 3% of economists see the Fed raising rates, down from 9% in the last poll.

What a difference a few weeks make.

Not so long ago, many analysts were pricing in more than three rate hikes this year but now we see everyone scaling back their forecasts once again. If you follow Peter Schiff you will see he pretty much predicted this and I agreed with him.

Tomorrow, the Federal Reserve will most likely keep rates on hold so the real action will come from what Yellen says in the accompanying press conference.

On the whole, this has been a bullish event. According to Kensho, Head of the Fed Janet Yellen has overseen 8 press conferences since 2014 and the S&P 500 has risen 75% of the time for an average gain of 0.6%.

Therefore, the odds seem to favour an upside rally tomorrow. But of course, it’s not 100% so trade accordingly.

There’s also a strategy on Quantpedia that says you should look to sell USD during the day of the meeting. This is probably because the Fed have been dovish more often than not recently.

Whatever happens, there is bound to be volatility and plenty of opportunities for traders. 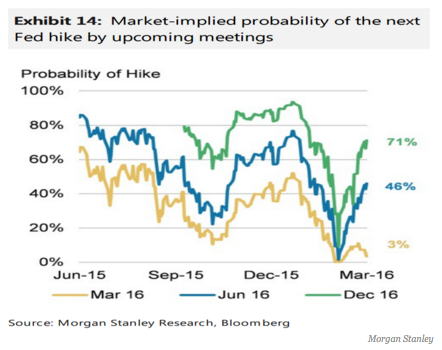