People Prefer Pain Over Boredom (And Why It Matters To Traders) 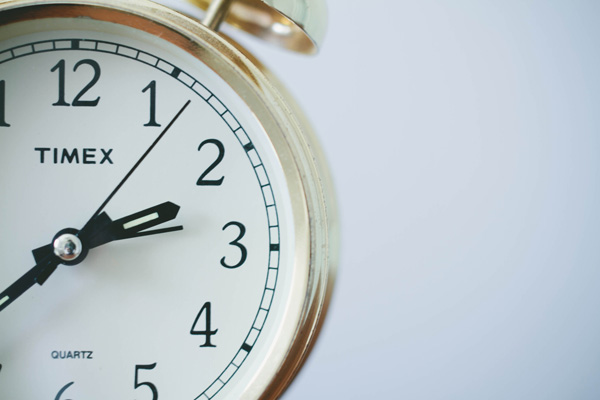 I just finished reading about a study that showed many people would rather inflict pain on themselves than spend 15 minutes alone with their thoughts. It’s obviously an interesting study for a number of reasons and I think it contains some insight for traders too.

Do you prefer pain over boredom?

Researchers from Virginia and Harvard University took 200 people and ran 11 different experiments to see how people reacted to being put in a room alone, for six to 15 minutes with nothing to do.

The study found that at least half found the time alone unpleasant and that “most people do not enjoy ‘just thinking’ “. Another test found that students preferred hearing the sound of a scraping knife to hearing no noise at all.

How many times would you buzz?

But the most interesting part of the experiment came when researchers asked participants to rate various stimuli, from attractive photographs to the experience of feeling an electric shock. Participants then felt the shock, and many said that they would rather pay $5 than feel it again.

Then, when each participant was instructed to go into the room alone, they were told they could give themselves another shock if they desired.

Amazingly, two-thirds of men gave themselves at least one electric shock while alone in the room and one ‘outlier’ shocked himself 190 times!

In comparison, a quarter of women chose to shock themselves rather than sit quietly doing nothing at all.

– All of those who shocked themselves had previously said they would have paid to avoid it.

Co-author of the study Erin Westgate said she is still amazed by the findings. “I think we just vastly underestimated both how hard it is to purposely engage in pleasant thought and how strongly we desire external stimulation from the world around us, even when that stimulation is actively unpleasant.”

I have to say that I found this particular study fascinating as it seems that as humans, we simply have a huge intolerance towards boredom. So much so that we would rather cause ourselves physical pain than do nothing at all. This dilemma can be seen in trading.

How many times have you been in front of a quote screen and had the urge to trade? It’s exactly the same as what happened in the experiment. You don’t want to just sit there doing nothing, so you start thinking of trades and putting orders into the market. But as we all know, money can never be made trading like that.

Successful trading requires a great deal of patience and a lot of time waiting for things to happen. As Jesse Livermore says in Reminiscences of a Stock Operator: “It never was my thinking that made the big money for me. It always was my sitting.”

Good trading therefore is boring. It is disciplined and done with a clear methodology. If it is exciting and risky then it’s gambling.

What can we do?

The solution for traders is pretty simple.

Firstly, recognise that as humans we are no good with boredom. By recognising this fact, you can stop yourself from trading for the sake of it. When staring at a quote screen you can then trade with patience.

(It’s likely that if the participants in the above study knew what was going on then they would more easily have sat through the time alone without needing to buzz).

Second, remove the opportunity for boredom. Take down all the screens. Make trading a part-time activity. Or create a system that does the trading for you.

Don’t be the guy who makes 190 trades a day because he’s bored.