No, This Market Is Not Confusing

Last week I received an email courtesy of the StockTwits newsletter with the headline ‘This Market Is Confusing Everyone’.

Apparently, because the market has fallen, gone up, and then fallen again (in the space of a few days) investors are totally confused and the market is ‘faking out everyone’. 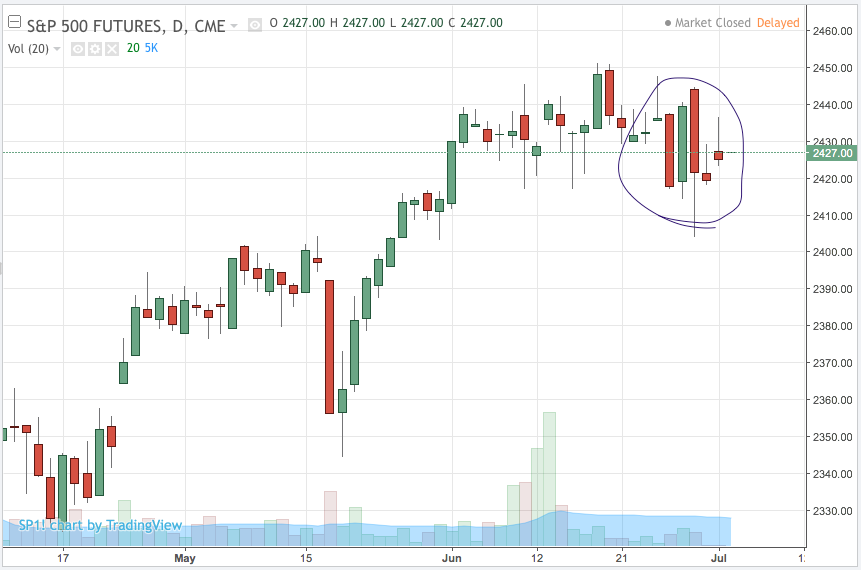 Unfortunately for the headline writer, this is in fact not a confusing market at all and anyone who has been in the markets for more than a few months will know this.

Thus, traders can expect this ‘confusing’ flip-flop pattern to occur roughly four times every year. The chart below shows how many times this pattern has appeared:

Furthermore, if we are to include the reverse of this flip-flop pattern (i.e. a rise, followed by a drop, followed by a rise), the number goes up to 127 or almost seven events per year.

The truth is that experienced traders know perfectly well the random nature of market price moves and that such price patterns are to be expected on a regular occurrence.

As well, they do not fall for all the usual articles that try to explain every random price move to a clear cause.

In this case, the moves were supposedly explained by new tax reform measures. But as always, it is easy to come up with an explanation after the event.

Experienced traders will also know about the principles of persistence and how this can sometimes be helpful in understanding why the market acts the way it does. This is most evident with regard to the volatility we have seen over the last few sessions.

To summarise, the persistence method states that the most reliable forecast for tomorrow is what happened today.

However, as it applies to financial market returns, the persistence method is not as effective. If the S&P 500 market rallies today, that does not make it more likely to rally tomorrow (usually).

But, there is some evidence of persistence in volatility. Thus, if the market is volatile today it is more likely to be volatile tomorrow.

Experienced traders know this and they will know that after a fairly volatile trading session you can usually expect similar volatility the next day.

Even if they cannot predict the market direction, this is a helpful skill that allows them to better focus on finding real trading edges and avoid the noise of social media headlines.

As it happens, the flip-flop pattern described above does not show any significant predictive ability.

It seems that a bigger cause of confusion for traders is not the market itself but noise coming from social media and the tendency to explain every random price move.

As usual, the best thing for traders to do is to concentrate on building profitable edges and to ignore the noise.

Thank you Kam. Definitely some value in the persistence method.