Kevin Davey On BetterSystemTrader: Treat Your Data Like It’s A Very Old Book 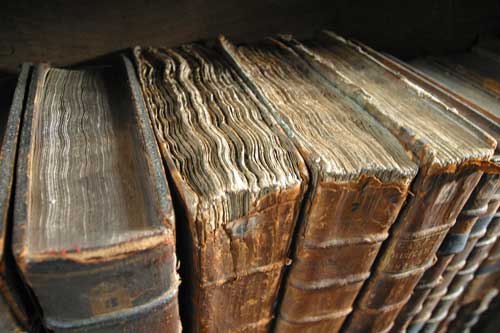 I just finished listening to a podcast featuring Kevin Davey which was recently posted on the BetterSystemTrader site and I thought I’d write a quick post about it.

If you haven’t heard of Kevin before, he’s an experienced systems trader who won the World Cup Trading Championship in 2006. Not only that, he also came second in 2005 and 2007, scoring over 100%+ returns in all three years.

Kevin has an excellent book out called Building Winning Algorithmic Trading Systems and can be found at KJTradingSystems.com.

I thought there were some real gems of wisdom in this podcast so here are a few things that really stood out to me:

1. Treat Your Data With Care

From the sounds of it, Kevin Davey is a trader who specialises in trading single market futures. He prefers short-term trading systems and uses TradeStation for most of his back-testing and modelling.

One thing that really rang true was when Davey spoke about how to treat the market data you have available. He used the analogy of librarians who put on white rubber gloves when dealing with old books and manuscripts. That is how you should treat your own market data – with the upmost care and respect.

That means don’t slog the data to death.  Think carefully before you work on it. Don’t run thousands of back-tests on it. Separate it out into different periods. Treat it carefully and you’ll come up with more reliable answers to your trading questions.

2. If Your Idea Is Garbage – Trash It

Along the same lines of not slogging your data to death, don’t slog an idea to death either.

If you have an idea, by all means test it on the data that’s available. But if it doesn’t work at all first off – if there is literally nothing going for it – then you should trash it and forget it.

If you start tweaking it, trying to force the idea to work, you’ll likely get into the realm of data-mining and you’ll ultimately be wasting your time. There are countless ways to make trades, some of them work and some of them don’t. So if an idea is completely useless, move on.

3. When You Find A System You Like, Put It Aside

This is another powerful insight and is something I try and do myself but often make the mistake of not doing, usually to my expense.

Davey says that once you’ve spent a lot of time on a trading system and you’re finally happy with it, that’s the time to put it aside and not trade it for a while.

Why? Because when you develop a trading system and you’ve spent so many hours working and fine-tuning the rules, you become emotionally attached to it.

Because of this, if you take the system live straight away and it does well, you’ll likely become overconfident in it’s ability. But on the other hand, if it starts to do badly, you’ll probably dump it straight away.

A better idea is to leave the system alone for 3-6 months. Then go back and see how it would have done. That way you won’t have the emotional attachment to it.

If it’s still working, that’s the time to start bringing it into action. From the sounds of it, Davey monitors upwards of 30 different trading strategies at any one time.

This is another bit of advice that is good to be reminded of. Basically, if you want to test out a strategy, why not start off with some crude tests and include some randomness.

If you have an idea for an entry, see how it does when the exit is random. (Such as a random number of bars in the future).

And if you have an idea for an exit, see how it does if the entry is random. (Such as a random time of the week).

There are lots of possibilities but by using some randomness in the trade criteria, you have a better chance of nailing down whether an idea is fundamentally good.

Of course, there were many more gems of wisdom from this podcast. Such as keeping the number of system parameters to a minimum, having goals and objectives, and being weary of future drawdowns. But these were some of the things that caught my attention.