How to Pyramid Like Jesse Livermore – The Boy Plunger Extraordinaire 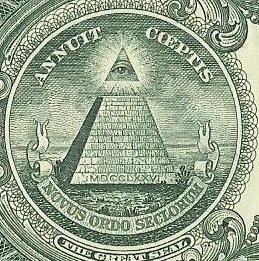 In the classic trading book, Reminiscences of a Stock Operator, Jesse Livermore spoke a little bit about a professional gambler called Pat Hearne. Pat would treat the markets like a casino game (such as roulette, faro or blackjack) and his strategy was to make a series of calculated bets, always looking for small, sure wins.

When it came to selling, Pat would close the trade whenever the stock dropped back by just one per cent. Pat didn’t like to take chances and a decline of 1 point was all it took to get Pat out of the market and onto the next opportunity.

This was a sensible approach to trading that also had a big influence on Jesse Livermore. Jesse admired his professional approach to risk and also the candid words of wisdom that the gambler had for other traders:

“Pat Hearne made money in stocks, and that made people ask him for advice. He would never give any. If they asked him point-blank for his opinion about the wisdom of their commitments he used a favourite race-track maxim of his: ‘You can’t tell till you bet’.” — From Reminiscences of a Stock Operator.

You don’t know until you bet

Like Pat Hearne, Jessie realised that you can’t judge a market until you are in it. This is why Jesse would buy a little bit of the market first, to test the water. If the trade felt good, and the stock moved as he liked, he would add a little bit more, gradually building up a bigger and bigger line.

This is how you pyramid into the big trends and make the most amount of money. Price follows the line of least resistance so you simply go with the flow and keep building your position. If you pyramid smartly enough, you truly can make a significant amount of money in just a short time. Just like a colleague of mine did in the oil market.

Of course, pyramiding into a winning position and starting off small is the opposite to what most traders do. Most traders accumulate more shares on the way down, when they’re actually losing money.

They see that their trade is losing money, but they believe that the market is actually becoming cheaper and more attractive. They still believe that they’re right, so they buy more and try and reduce their cost base. This causes them to ‘average losses’ and they end up building a huge losing position that often ends up causing considerable pain.

The market is sending out a signal. It’s saying that it’s not ready to go in that direction, and you can’t force it. But by ignoring the market, and by adding to a losing position, you are fighting the trend and usually causing an imbalance in your risk management rules. 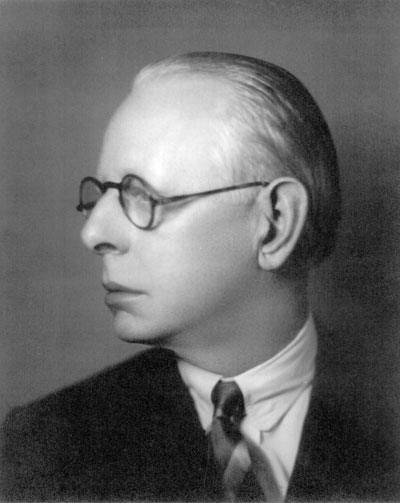 It’s much better to wait for the market to tell you where it wants to go.

Jesse would always accumulate his position on the way up, often trading at brand new highs. He’d start by buying one-fifth of his full line.

This way you bet big only when you win, and when you lose, you only lose a small exploratory bet. Once the real move starts, and the big trend really starts to kick in you can make the large profits extremely quickly and easily.

“What I have told you gives you the essence of my trading system as based on studying the tape. I merely learn the way prices are most probably going to move. I check up my own trading by additional tests, to determine the psychological moment. I do that by watching the way the price acts after I begin” — From Reminiscences of a Stock Operator.

Another approach to pyramiding

As mentioned above, Jesse Livermore liked to start off with his smallest position. This is just one effective way for you to approach pyramiding. Dip your toe into the water and see if it’s warm or cold. If the water is warm and your trade is looking healthy you can think about adding another contract or two.

Another option, which is not necessarily how Jesse used to trade, is to put a big position on first of all, in order to build a sturdy base for the eventual pyramid.

Then, you add smaller and smaller increments on the way up. This way your position size actually looks more reflective of the classic pyramid shape.

By doing it this way, the position does not become too top heavy. The break-even price is lower than it would be if you’d have bought equal amounts on the way up. This means that you can afford slightly more time when it comes to getting out of a trade.

This might be important. Because, when you pyramid into a position, the trade can become large. And you will want to exit as soon as the trend changes in order to protect your profits. Becoming tied to a pyramid trade is a very dangerous position to be in. But of course, you should know by now to never fall in love with a trade right?

This post is a small excerpt from a new series I am developing that is devoted to the master trader himself, Jesse Livermore.

What are your own thoughts on pyramiding? Do you use it in your own trading? Do you ever take a small position first to test the water?

The question is if it is possible to automate piramiding in AmiBroker. If yes it can be very interesting system to check 🙂

Yes it can be done absolutely, using the scale-in function. Another project to add to the list. Cheers Jan

Good stuff Jan, have you had much success with scaling in?

hello sir,
Where should we write our program to automate things in AmiBroker and which language should it be in?

You can automate in Amibroker with ordinary AFL. There are many other options too such as Tradestation, NinjaTrader, Multicharts etc.

What about: A. Trading off of a solid strategy with a high probability win rate to begin with B. WAITING FOR THE CONFIRMATION POINT OF THE TREND, JESSE LIVERMORE WAITED UNTIL PRICE HIT X POINTS ABOVE OR BELOW THE POINT OF LEAST RESISTANCE TO VALIDATE THE PUSH IN THAT DIRECTION, and then AT that point, starting super tiny, explore, say at G% of final intended trade size for the position {should be optimized, although Jesse Livermore traded 1/5th of his position, which is 20% of the final trade position size, but I don’t think that is optimized}. If it goes against you by Y pips/points as based on ATR stop loss point/other stop systems/variation of Pat hearst method {WHY 1%??, why not instead an intelligent stop point}, get out. If it goes in your favor by __%/__pips/points, after having already struck the validation of trend/breakout point, and price action, retraces, and final validation thrusts agree, place the big one, at Z% of final, intended trade allocation. THEN, each phase/step that it goes in your favor, trade less and less and less, say a%, then b%, then c%, etc…. pyramiding. This way, the initial exploratory bet is only a tiny loser. Then again, the con may be that Z, which is the big one, would also contain losers, if not the same amount, just at a different phase of the trade. The pro is that if the trade INDEED continues against you, you will only have lost a tiny amount for THOSE exploratory bets in particular, at G. You will never lose the big one on those. You WILL, however, lose an approximately equal amount during Z as you would if you were to place the big one where you would normally place the small one. Advantage may be that you will have even more confirmation of trend during phase 2 …. Requires a lot of research…. C. Only trade AFTER a range, as trends tend to be preceded by ranges and ranges can kill your profits with this strategy to begin with, D. Trading both the buy and the sell directions rather than just one direction, G. Pay attention to RECENT/ALL TIME highs/lows and the point of least resistance around there, seeing what price chooses to do there, H. pay attention to All time/recent highs/lows, wait for price to bounce back to point of least resistance {after already having reached the X point validation of trend point} and then waiting for ANOTHER validation thrust, THEN entering. RESEARCH BABY. RESEAAAARCH. COOOODE AND BAAAACKTEST. THIS IS GONNA BE FUN.

I just published a strategy that does well based on 8 of Jesse Livermore’s rules. Pyramiding is done 3 times. Max position of 30% per stock. https://research.jbmarwood.com

oh snap, awesome. Will still pursue research, because this is such a fun project, but interested in what you have. I am a successful trader myself, and interested in the education space. When I saw your products listing I was inspired with the idea that I might offer my own strategies on your platform, work out some sort of mutual deal, etc. This of course would take a few months as I need to prep the educational content to begin with, I’ve been focused on trading only. Just a thought for the future, as a hypothetical proposition…. 🙂

if that is something you are open to, of course

You can email me some of your work and I can take a look. Thanks.