As I predicted on Monday, the Federal Reserve kept interest rates on hold yesterday and this saw the US dollar drop against most of its major trading partners. The central bank cited low inflation and uncertainty abroad as the main reason to keep rates on hold and this has pushed market expectations for the first rate hike out to 2016. 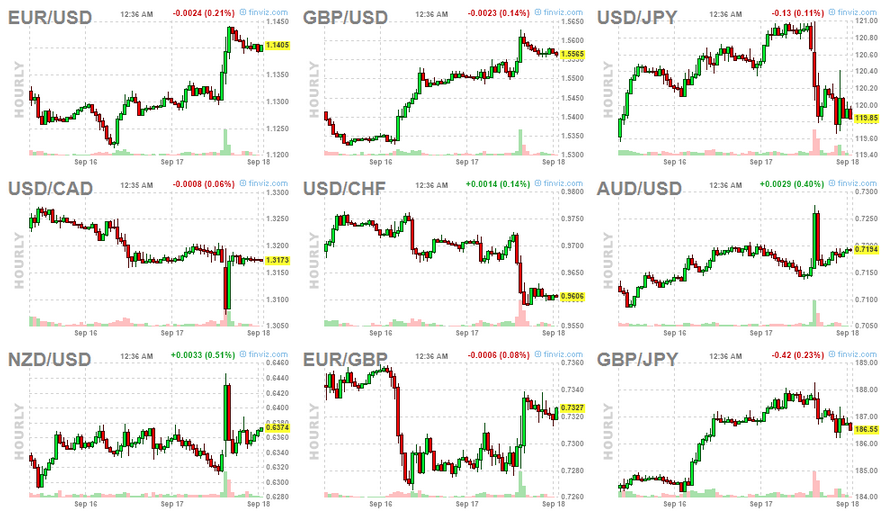 EUR/USD was the strongest performer on the day, gaining over 1% and moving past the 1.1400 level. GBP/USD also moved higher, while USD/JPY fell below 120.00. We may well see dollar weakness continue over the next few days as markets re-align to the new interest rate outlook.

Further ahead, significant dollar weakness could present a good opportunity to re-enter longs in the greenback, as the currency has historically been a strong performer in the six months prior to a rate tightening cycle. This scenario would be most effective against countries that are still intent on monetary loosening; namely Switzerland, New Zealand and Europe.

Price action in the New Zealand and Australian dollar suggests that the recent downward trends could continue in those currency pairs. Particularly in New Zealand where the RBNZ has already mentioned it is open to further rate cuts if necessary.

The same is true for the Swiss franc with the SNB keeping rates at a record low this week and suggesting that the currency is still significantly overvalued. This has left the door open for another market intervention or policy move.

In stocks, the S&P 500 spiked up during the Fed announcement before giving up those gains in the final two hours of trading. This is worrying price action for investors who would have wanted stocks to close near their highs.

The (non) policy decision from the Fed suggests that officials are still worried about certain market forces and this will cause a lot of uncertainty among traders. As a result, the next few days could be pivotal. If Chinese markets weaken, US equities could follow through on the downside and more losses would be in store.

At this stage, it is hard to predict what will happen. The best option may well be to wait on the sidelines until the market reaction is fully known. Stocks are likely to be choppy here and there may be better trends to be found elsewhere. Such as in currencies or commodities.

Ironically, a rate hike on Thursday may actually have been more bullish for stocks since it would have sent the message to traders that the US economy is strong enough to withstand tightening.

We will never know for sure. But one thing we do know is that the market reaction over the next few days will be interesting and insightful.