How to Make 1 Million In 1 Year Trading Oil 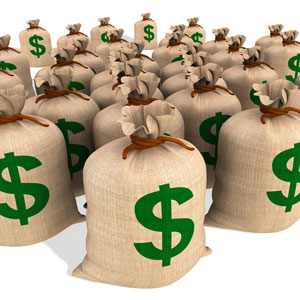 The credit crisis hurt a lot of people, traders, investors and insiders lost some huge sums. But there were also some who made a lot of money.

Trend followers did well as they were able to ride big, multi-month moves on both the long and short side. Day traders enjoyed the extra volatility but it wasn’t all plain sailing as markets were subject to sharp reversals.

One trader I know made over £1 million in 1 year. I don’t know exactly how much he started with but it wasn’t a huge amount by any means.

How did he do it? By laying on a series of extremely bold, risky bets.

How to Make 1 Million In 1 Year

Benji was an oil trader who had cut his teeth working as a broker in the pits. He would occasionally dabble in the stock indexes but oil was his ‘bread and butter’.

He was a day trader primarily. He liked to observe the technical levels – resistance levels and pivot points – and he would make sure to exit all open trades by the end of the day.

He had been bullish on crude since around 2004, and although he would trade both the long and short side, he took a bullish stance overall.

In early 2008, he was doing pretty well. Speculators had really got hold of the oil market and the black stuff was shooting up on a daily basis. A bubble was clearly forming and Benji was making money getting in and out, as the market weaved it’s way towards $150 a barrel.

However, Benji wasn’t quite as satisfied as you might have thought. You see, every day, Benji came in to the office looking to go long, but often, the futures would open too far above his favourite levels. Too many times, Benji would kick himself for not pulling the trigger and getting in at any price. And often we would hear his frustration in the form of shouts and expletives coming from his desk.

Benji soon realised that getting in and out of the market every day was a fruitless exercise. As Jesse Livermore used to say, “nobody can catch all the fluctuations”.

Benji made good money trading oil as it shot up to $147 a barrel. But he made even more money on the way down.

He had a lot of experience in the oil market, he knew it like the back of his hand. He knew full well that oil at $150 a barrel was a bubble ready to pop, so he had no trouble switching to the short side when momentum sharply turned.

He didn’t know that oil would crash all the way back below $40 of course, but he did have a strong feeling that there would be a substantial move lower. 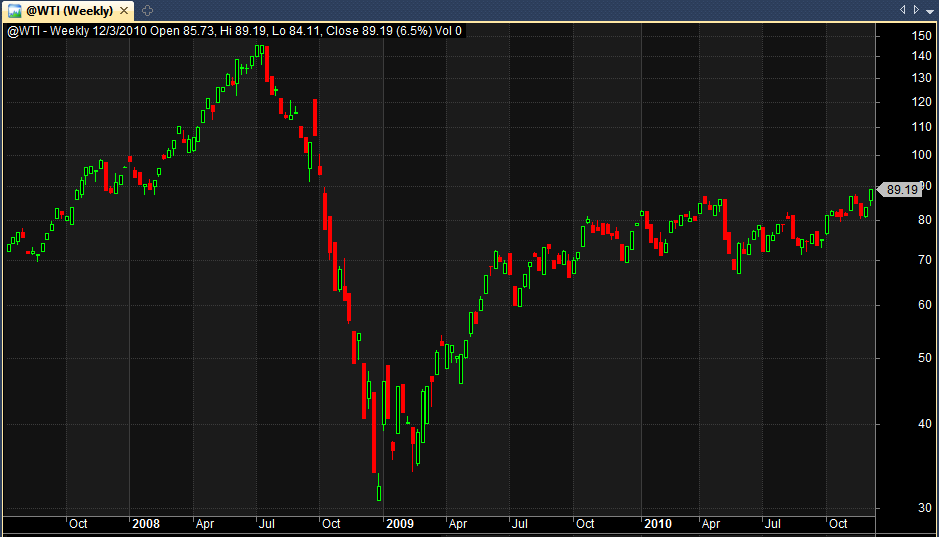 Benji could sense there was nervousness in the financial sector and his contacts in the industry confirmed those fears. By August 2008, he was fairly confident that oil had peaked.

But this time he didn’t want to keep selling the market every day for quick profits. He wanted to capture as much of the move as possible.

Benji sold his first contract in Mid-August 2008 and he watched it move swiftly into a nice profit as oil fell through the $120 level. As it did so, Benji brought down his stop-loss to break even and he sold short another couple of contracts.

Soon enough, oil had hit $100 a barrel and Benji was sitting on a very tidy profit. But he didn’t stop there.

The trend was down, the momentum was strong, and the banks were in trouble. So Benji used the equity he’d already built up in the trade to lay on another couple of contracts, once again, bringing down his stop-loss.

Now, he could make even more money, but if oil reversed (even temporarily) he would lose all of his open profits so far.

He was now building a big short position in oil, the biggest he’d ever had in his career. And he was betting boldly that the price correction in oil would continue.

In October 2008, oil futures experienced their biggest monthly decline of the crisis, falling just short of $60 a barrel. Benji had already sold another couple of contracts as oil tumbled through the $60 barrier without so much as a fight.

Benji was short through November but he sensed that momentum was slowing. Before the month was over, with oil futures trading just above $50, Benji got out, selling his entire position.

The price of oil continued to drop in December, finally hitting  a low of $37 a barrel.

Benji had missed the bottom by about $15 but it didn’t matter one bit. The statements told the whole story, he was a millionaire.

*Names have been changed to protect privacy. Please be advised that this is an exceptional and rare case and the chance of repeating it may be slim particularly for inexperienced investors.